Yesterday, Sheffield went to the polls to vote in local elections and also for the new Sheffield City Region Mayor. At the time of writing this newsletter, there are still votes to be counted. But, I am delighted that in Brightside and Hillsborough all our fantastic Labour councillors are returned with thumping majorities. Congratulations to our fantastic councillors and all those involved in getting the vote out yesterday.

This week it was announced that President Trump will extend his US steel tariff exemption by another 30 days. This news has provided some relief, but an extension is simply that – it is still a far cry from the certainty that our industry desperately needs.

On Tuesday I asked the Secretary of State Greg Clark what steps he is currently taking to secure a full UK exemption when the temporary one ends on June 1st, and when will his Department respond to the steel sector deal, a proposal crucial to the long-term sustainability of the sector. His response was weak and made no mention of the Steel Sector deal.

I am running out of ways to express my disappointment in this Government. Its reaction to this ongoing crisis has been one of complacency and incompetence from start to incomplete finish. It is clear that they are more interested in pandering to Donald Trumps’ whims than defending our vital industries.

Steelworkers across the country are rightly worried and I am shocked by the Government’s lack of regard and concern for them.

We need immediate Government action, including at a multilateral level through the World Trade Organisation. Labour will always stand up for our steel industry. #saveoursteel

Last week I wrote a piece for the Mirror on the then-impending expiry of the exemption, which has now been extended. You can read it here: https://bit.ly/2HPW3sC 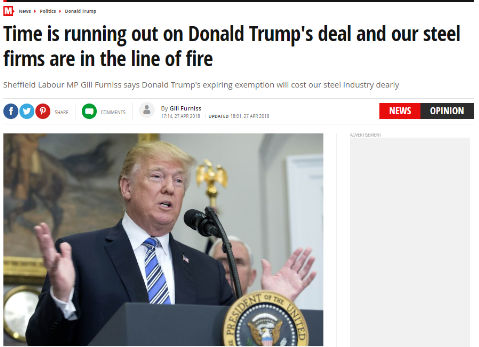 On Monday it was announced that Sajid Javid had been appointed the new Home Secretary, following the resignation of Amber Rudd over the ongoing Windrush scandal. Javid commenced his tenure with assurances that he would be different; that he would address the Home Office’s disgusting treatment of the Windrush children. He vowed he would leave “no stone unturned” in pursuit of the truth.

On Wednesday however, he voted to prevent the release of the documents which reveal how this happened.

Labour have launched a petition to end this disgraceful cover-up and hold the Tories to account. You can sign here: https://action.labour.org.uk/page/s/windrush-coverup #EndTheToryCoverup

As always, please do not hesitate to contact me if you have been affected by this. Details of how to get in touch can be found here: Get in Touch 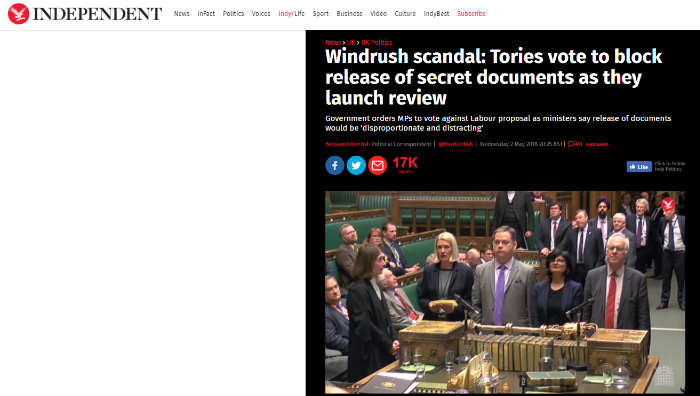 Last week a proposed merger of Sainsburys and Asda was announced.

This could put thousands of jobs at risk, place suppliers in even greater precarity, and decrease the already critically low competition in the groceries market. Most worryingly, in the words of Rebecca Long-Bailey, Secretary of State for Business, Energy and Industrial Strategy, this merger moves us “alarmingly close to the creation of a supermarket monopoly.”

Labour have called for the merger to be urgently investigated by the competition authorities. We must support our suppliers, workers and businesses as well as our consumers, or risk yet another sector descending into a ‘wild west’ system of winners and losers.

Congratulations to Foxhill Forum, who have become the first Sheffield organisation to be awarded Quality for Health, a quality assurance system for organisations offering health and wellbeing services.

Foxhill Forum provide support for employability, community learning and other health and wellbeing services, and they have worked tirelessly to serve residents in North and East Sheffield since 1995. Continuing to provide such vital services when communities have been cut to the bone by years of cuts is no mean feat. Well done! 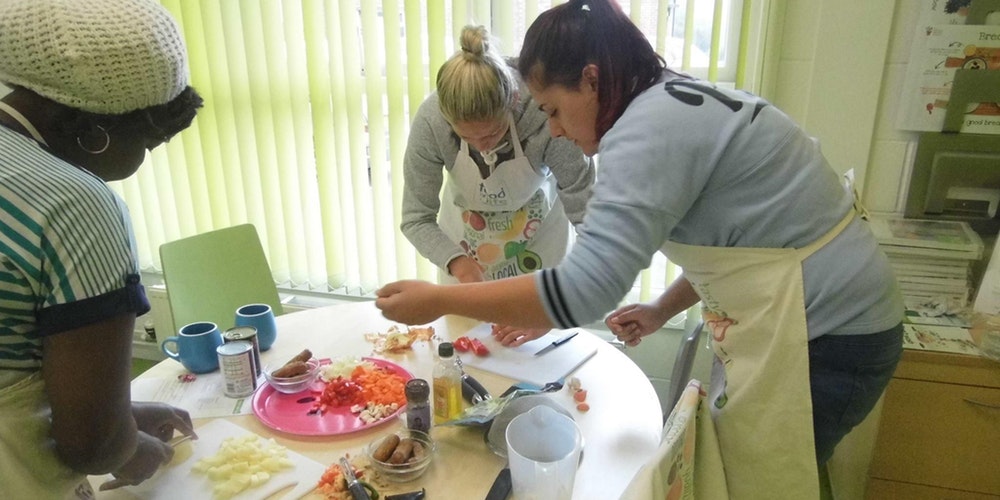 Last week I was heartened and saddened to hear that 23,000 emergency food parcels have been given out across South Yorkshire. It is wonderful to see our local organisations stepping in to help our communities, but it is 2018 and people in this country should not be going hungry. This should not be happening. You can read the article by the Star below.

Well done to Burngreave Foodbank for highlighting the scale of the problem. You have done fantastic work and helped so many.