I hope you are well. As usual, I am resuming my e-newsletters to you with updates about the work I am doing in the constituency and in Westminster to represent my constituents of Brightside and Hillsborough.

As always, I continue to hold regular surgeries to hear about constituency matters affecting you and if you have any issues you would like to bring to my attention please do not hesitate to email me at gill.furniss.mp@parliament.uk

Carillion’s Collapse: a badge of the Government’s failed ideology.

This week saw the shocking collapse of Carillion, one of the biggest services company in the UK.

It has been clear for months that Carillion has been in difficulty but the Government continued to hand over contracts to the company even after profits warnings were issued.

Carillion has a base in Sheffield employing some 250 people, so I understand some of you may be directly affected by their collapse. I asked the Cabinet Office Minister a question in the House of Commons relating to these jobs. Whilst I was given some assurance that in the short term this office would remain as it is, unfortunately, there was no such reassurance for the long-term of the Sheffield office.

There is a website set up to provide information for anyone affected – see http://www.pwc.co.uk/carillion  and a dedicated helpline – 0800 063 9282. 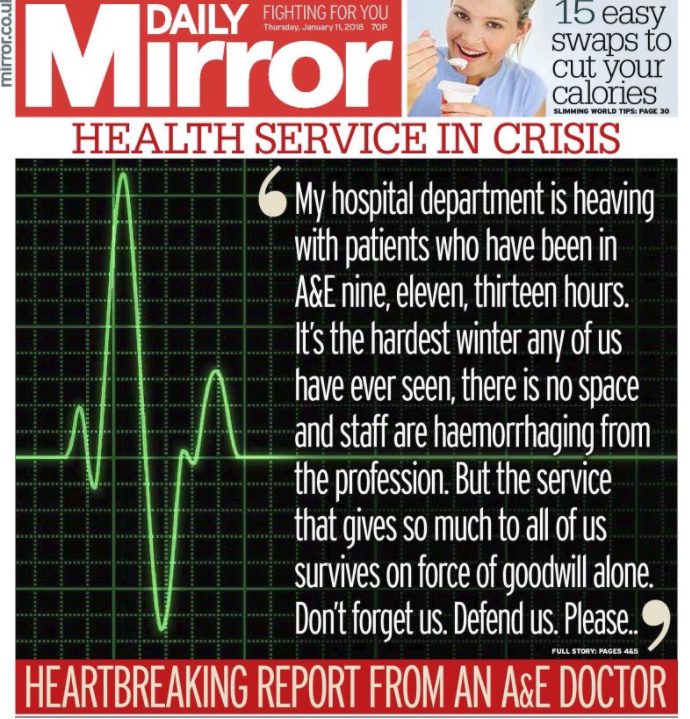 This winter has seen one of the worst NHS crises’ on record.

More than 75,000 patients, including many elderly and frail, were stuck in the back of ambulances for over 30 minutes in the winter cold this December and January. A&Es were forced to turn patients away 150 times, elective operations have been cancelled until mid-January, and sanctions on mixed sex wards have been suspended.

Despite the best efforts of all NHS staff working flat out at what is an extremely difficult time, the Government continues to starve the NHS of resources: district nurses have been cut; walk-in centres have been closed; 15,000 beds have been cut; and the NHS remains understaffed and overstretched.

I believe the Government is entirely out of touch with the reality of the NHS winter crisis. Many hospitals have reported 100% bed occupancy rates, yet on Monday the Government said that there were “seats to sit on” if beds were not available. Placing sick patients in chairs because of acute bed shortages is clearly not acceptable, yet hospitals cannot cope and are being forced into these intolerable situations.

With 100,000 vacancies across the NHS, alongside the biggest financial squeeze in its history, patients are paying the price for Ministers’ neglect of the NHS this winter. As the NHS enters its 70th year, the Government must explain why it has allowed underfunding and cuts to health and social care to continue.

Vulnerable patients and hardworking staff should not have to top up hospitals to make up for Tory underfunding in our NHS. This week, I raised the issue of NHS car parking charges, urging the Government to properly fund the NHS so that patients and staff don’t have to top up the gap in NHS funding. 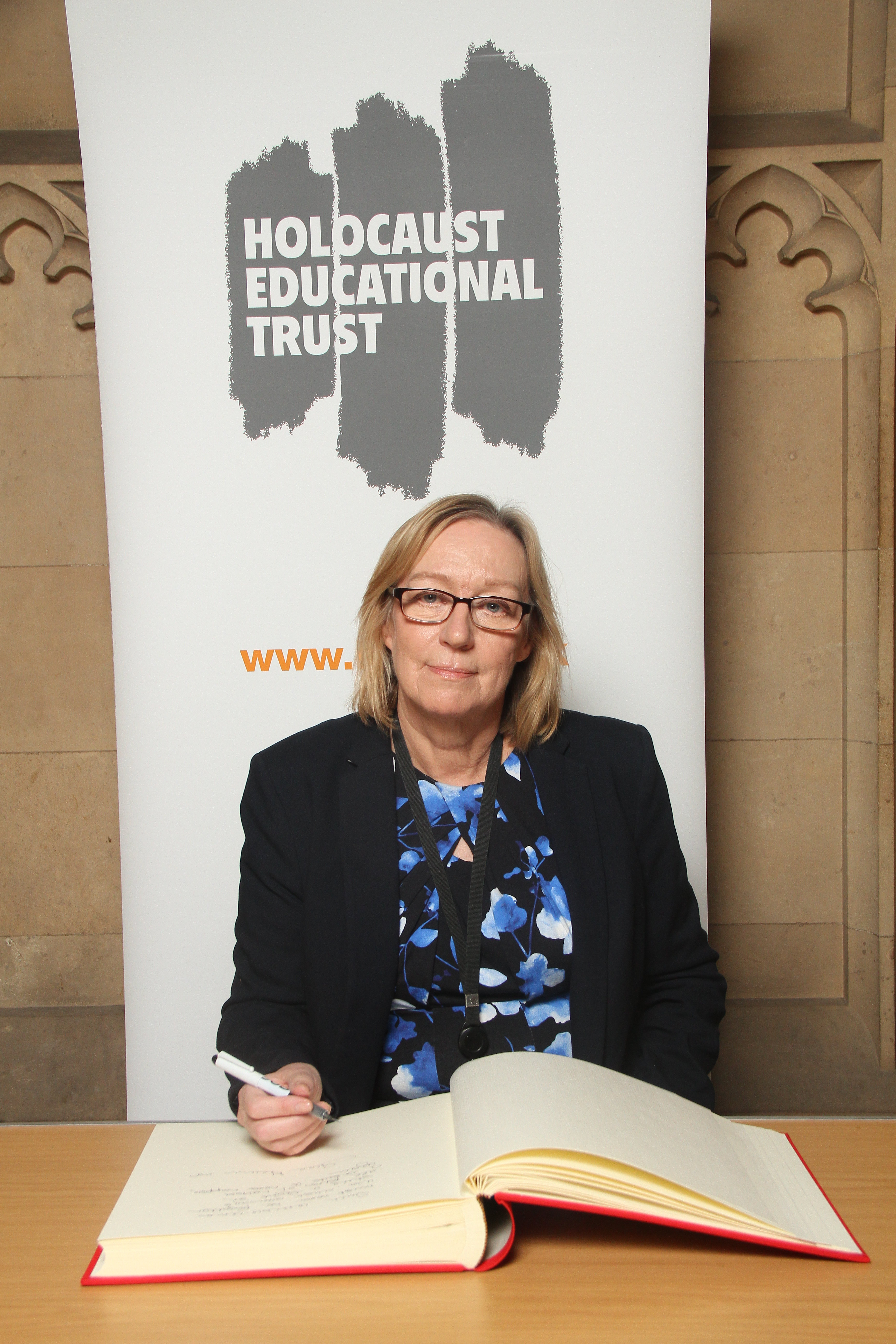 This week I signed the Holocaust Educational Trust’s Book of Commitment, in doing so pledging my commitment to Holocaust Memorial Day and honouring those who were murdered during the Holocaust as well as paying tribute to the extraordinary Holocaust survivors who work tirelessly to educate young people today.

Holocaust Memorial Day is an important opportunity for people from Brightside and Hillsborough and across the country to reflect on the tragic events of the Holocaust. As the Holocaust moves from living history, to just history, it becomes ever more important that we take the time to remember the victims and also pay tribute to the survivors. I would encourage my constituents to show their support for such an important day.

Last week, the Taxation (Cross Border Trade Bill) made it’s way through its Second Reading in Parliament. However, the Bill offers no protection to our steel industry against Chinese dumping which was at the heart of the steel crisis which shook the sector only a few year ago. We will keep pressing the Government to ensure that effective trade defences are in place post-Brexit to protect our steel industry from aggressive steel dumping.

In other steel related news, last week there was an incident at Scunthorpe steelworks. I spoke to trade union officials who reassured me that there were no injuries or great damage – but I was reminded by the often dangerous conditions our steelworkers can find themselves in. 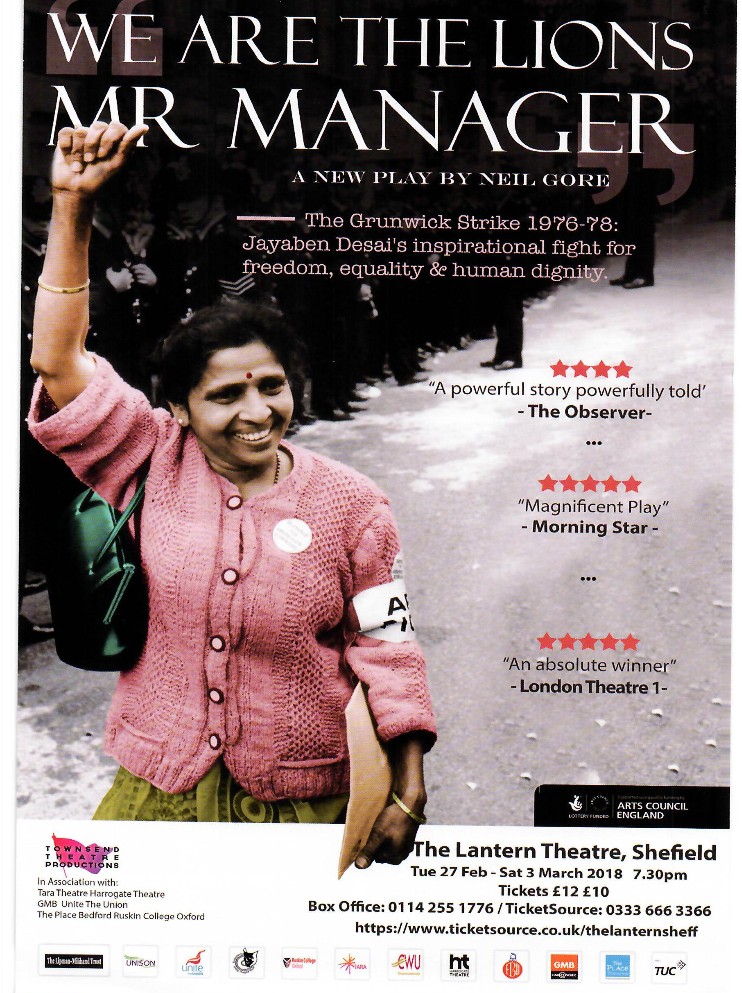 You can see all information here: https://www.ticketsource.co.uk/event/FEFKKK

In the news…
We’ve had very worrying news about the NHS Winter Crisis and Doctors are saying that we have people dying in hospital corridors.
https://www.theguardian.com/society/2018/jan/11/nhs-patients-dying-in-hospital-corridors-doctors-tell-theresa-may
Locally, thousands of Sheffield children could lose access to Free School meals due to Universal credit.
https://www.thestar.co.uk/news/thousands-of-sheffield-children-could-miss-out-on-free-school-meals-1-8941746